It was time to say goodbye to the West Coast, but not before we had a final taste of a signature West Coast delicacy: whitebait. These small transparent fish are fried with some egg, salt and pepper to a round pattie and served pretty much like a mini fish burger 🙂

Haast Pass (that was partially washed out and closed during nights for road works) led us to Wanaka for a couple of days of blissful chillaxing.

Aoraki alpine reserve from the distance

This side of the Southern Alps was surprisingly warm and Bea used the opportunity for a quick dip in the ice cold Blue Pools.

Huh … maybe I should get my contacts checked. Does this water look blue to you?

Wanaka is a perfectly laid back small town on the southern shore of Lake Wanaka and not nearly as hyped-up as nearby Queenstown. We enjoyed doing nothing much for two days other than sleeping in and enjoying the occasional coffee or beer on the lakefront 🙂

Who wouldn’t want to drive on that road? 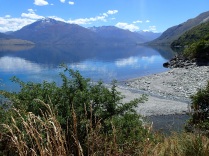 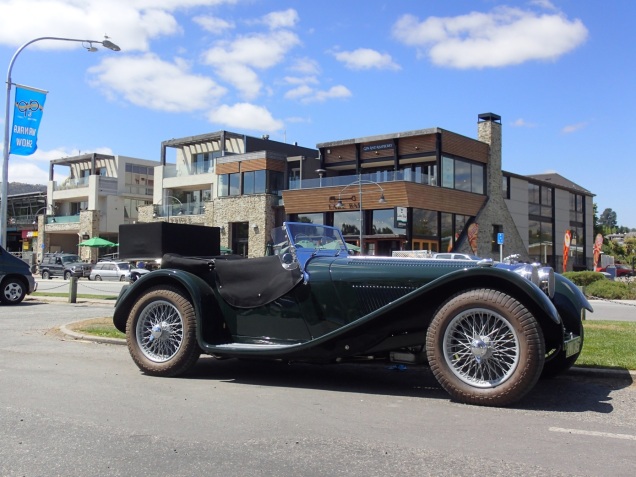 After a road trip to rather unimpressive Lindis Pass (“Hey the road is going down again … guess we must have missed the pass”) we stopped at Wanaka Have-a-shot on the way back for a round of target shooting and clay bird shooting. Let’s just say I would always think twice before messing with Bea …

yes exactly … this IS the pass

25m look really faaaaar away when you’re trying to aim on a coin sized target! 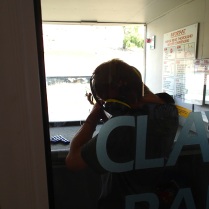 clay bird shooting is really challenging … but a lot of fun 😉

The next morning we were just driving to Backcountry Saddle Expeditions for another horse riding expedition when we saw these two hawks fighting over a rabbit they caught: 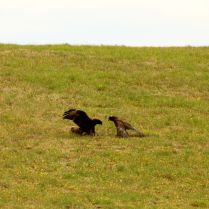 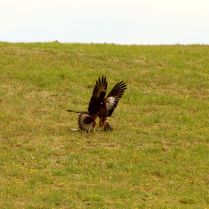 This time we were riding Appaloosa horses with western saddle on a farm in Cardrona. Do you notice how that Dalmatian looks a lot like my horse in small? And while we were still joking around how it was unsuccessfully chasing the rabbits on the farm it suddenly turned up with one between his teeth proudly carrying it all the way back to the stable. Who else is hungry now?