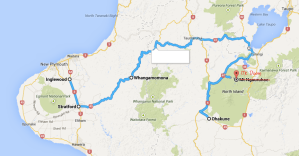 After leaving Marie and Brian’s farm in Inglewood, we turned east in Stratford towards Taumarunui. This 150km road through the middle of nowhere is also known as Forgotten World Highway, and some of the farms along the way really looked VERY forgotten. About halfway we stopped at the village of Whangamomona, which declared itself an independent republic in 1988 after disagreements with local councils. We guess that the rest of New Zealand never really cared what 170 villagers at the end of the world were doing anyway and that’s why nowadays you can now get a stamp of the Republic of Whangamomona in your passport when you stop for a coffee at the Whangamomona Hotel.

Who are they kidding? There’s no one to cross the road in Whangamomona! 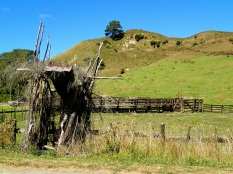 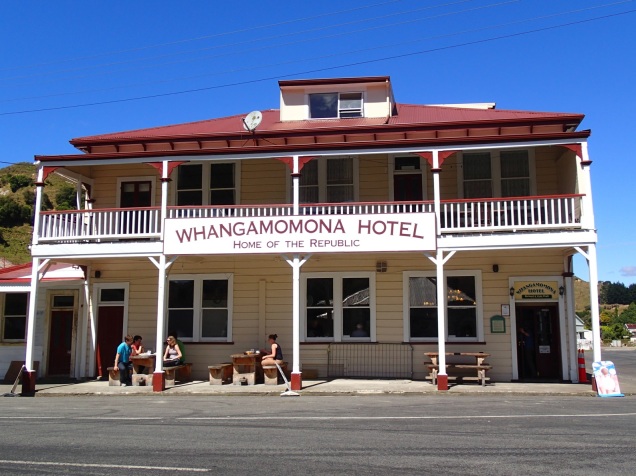 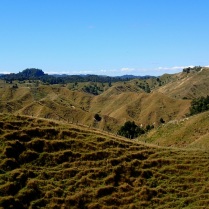 After squeezing through the Hobbit Hole tunnel, we stayed the night in Ohakune near Mordor (formerly known as Tongariro National Park) because it was time to visit another old friend of ours: Mount Doom! At our first visit we didn’t make it to the summit during our Mordor Alpine Crossing due to tough weather. Now this time we came back just for the volcano and it was time to settle our open score 🙂
.

The morning views were fantastic and we fairly quickly covered the first 4 km of the Mordor Alpine Crossing to the turn-off towards Mount Doom. 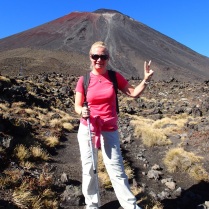 A hobbit and Mount Doom 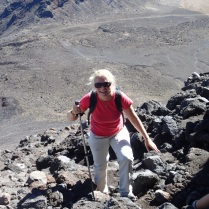 … and then we finally reached the red rim of the Mount Doom crater! YES!

View into the mouth of the crater

Even Shelob was enjoying some nice warm sunshine 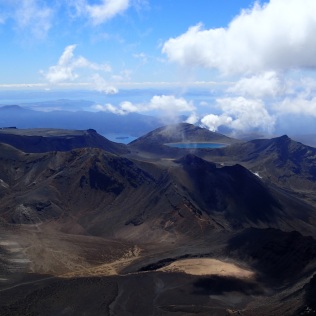 We didn’t arrive a moment too soon, because just as we were having our lunch at the summit the clouds came rolling in and the temperature dropped by some ten degrees. So we finished our lunch and quickly hurried back down, sliding rather than walking through an amazingly colourful gravel field.

descending from the volcano

the colours of the gravel field were just ridiculously bright 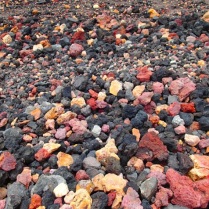 Bea ‘gliding’ down the gravel field

heather-clad fields all the way to Mount Ruhapehu

All in all the whole hike still took us about six hours till we were back at our car. But this time we were not nearly as exhausted as we were after the Mordor Alpine Crossing two months earlier and we had a proper bed waiting for us instead of a freezing cold tent 🙂