Penguins, dolphins and a curious possum 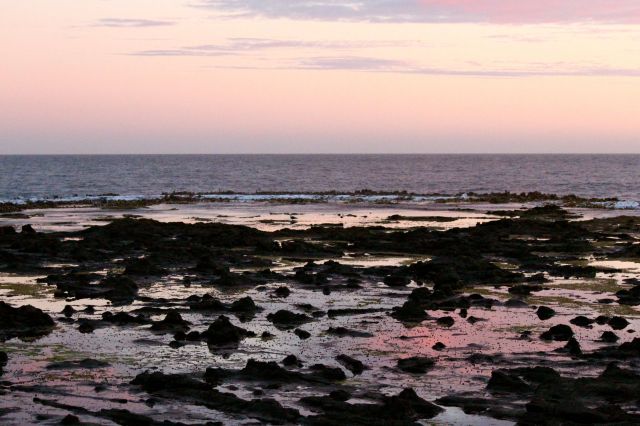 and here the shouting starts 🙂 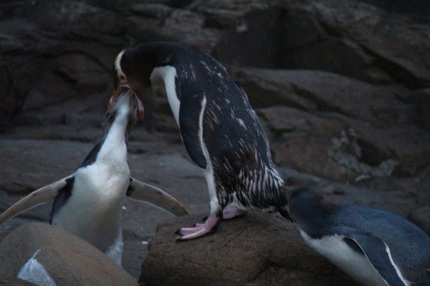 .ooO (when can I go back fishing again? It’s so nice and quite out there in the ocean)

The penguin family didn’t care too much about the rope that was laid out to keep the few tourists at bay and happily jumped right in front of the cameras.
.

When we returned to our tent in the dark we were half joking that now would be the perfect time for possums to get run over by cars when this little fella jumped into the beam of our torches. I almost thought that he was about to take a nibble at Bea when he looked at her like that, but then he reconsidered and scurried back into the bushes.

“I don’t know what that big thing with the black flashy thing is, but it looks delicious”

The next morning breakfast was a bit hurried, because Bea was looking forward to the real reason for our trip to the Catlins: some people we met on our trip had mentioned that you could swim with a resident pod of Hector dolphins in Porpoise Bay right at the beach, if you are lucky. Bea + dolphins = 🙂 And sure enough … there were four or five dolphins cruising the beach up and down, not really minding the few crazy people shivering in the ice cold water to get a close glimpse of them. 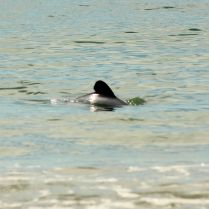 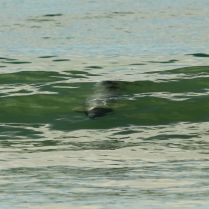 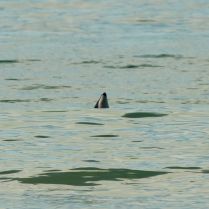 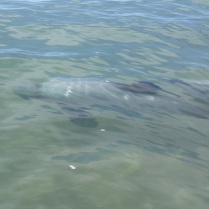 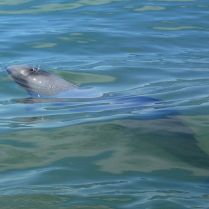 A wetsuit would have been mighty fine that day (Bea stayed almost an hour in the icy cold water), but we were more than happy to see these dolphins right there at ‘their’ beach for free instead of spending a couple hundred dollars for a boat tour in Kaikoura.